According to Bloomberg, foldable iPhones are in the early stages of testing in Apple. The date of release is currently unknown, the same as the fact itself that if there will be any release (as many successful tests have to undergo before the new phone sees the world). The early rumors coming from Chinese suppliers of spare parts reveal that the manufacturing date was planned for 2022.

It is currently known that the phone will be foldable in its horizontal middle, with a part of its screen being flexible, capable of sustaining tens of thousands of folds without being damaged in the process. A new Apple’s model will stand in one row with Samsung’s analogical products Galaxy Z Fold and Z Flip.

It is known that some internal tests of the foldable phone were done since November 2020 but as this is just an early stage, it cannot be said whether the foldable device will be launched at all. As it is known, the model now has some 1- or 2-pixel line on the folding edge, and the screen in its full size is planned to be the same as iPhone 12 Pro Max. 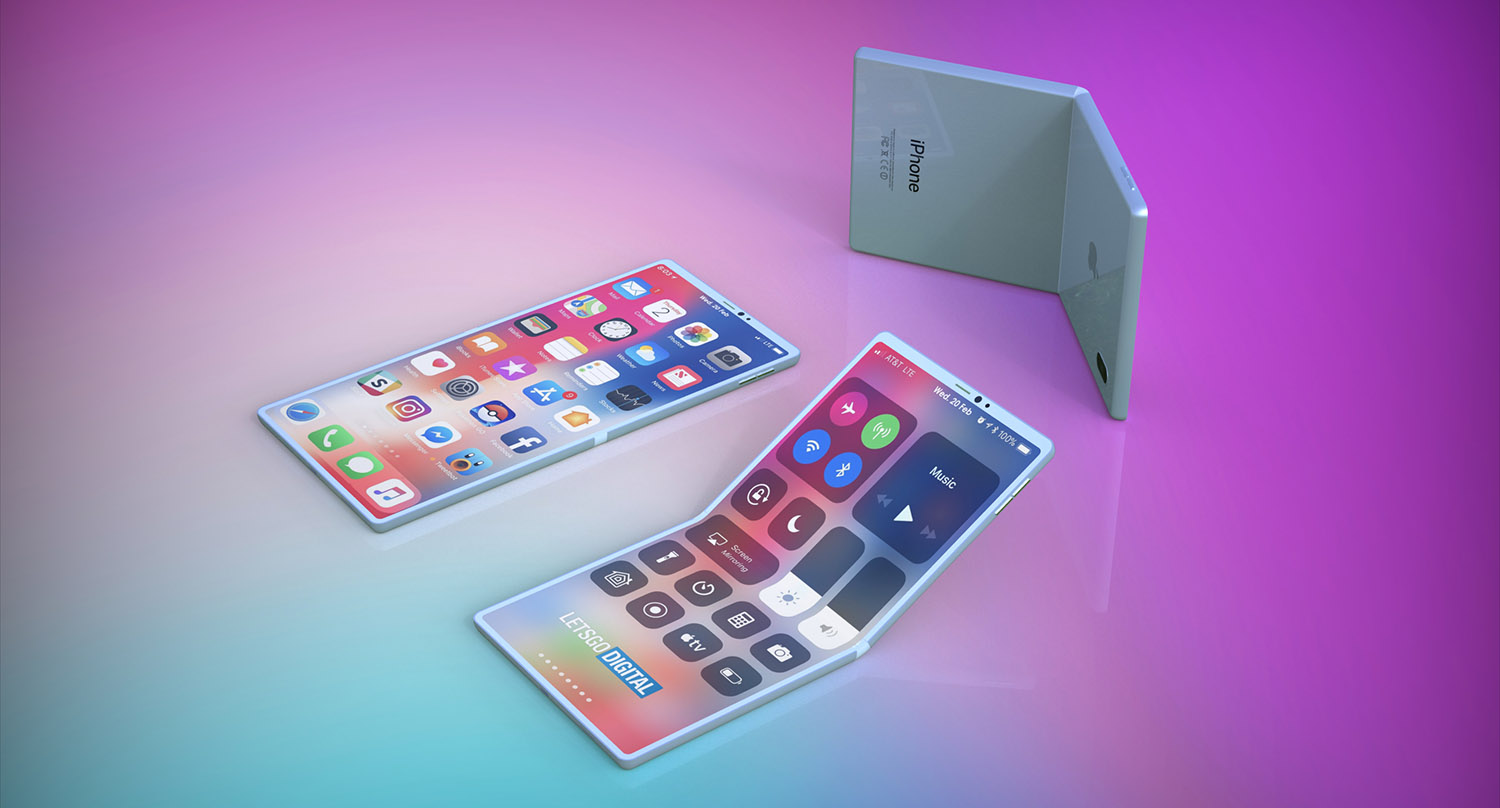 The reason why Apple is not in a hurry with presenting the new development to the world is that they are likely to want to make it perfect, much better than any other foldable models on the market since all the currently existing models don’t give a perfect user experience. As you probably know if you follow the news from the market of foldable phones and other gadgets that they can crack in the folding line or deliver the several-pixel-wide folding line, which prevents users from smoothly watching videos and pictures.

If the model takes place, then it will be a significant remodeling to Apple’s produce line since model X, where a Home button was excluded and the display was redesigned to edge-to-edge.